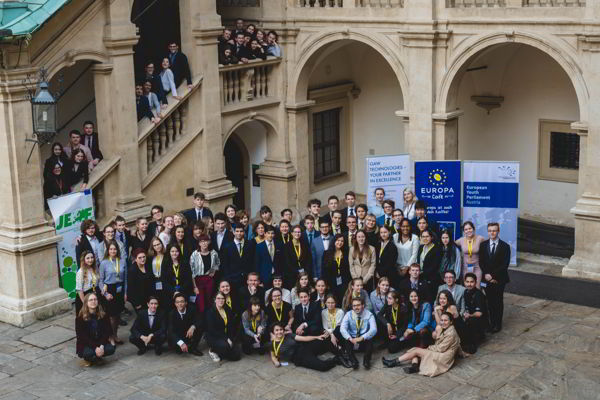 During the national session of the European Youth Parliament Austria, with the support of GAW technologies and other sponsors, around 150 young people gathered in Graz from April 5th to 8th, 2019 to get an opinion on current issues such as the future of the EU or women in technology and to find methods of resolutions.

The European Youth Parliament (EYP) Austria is a non-party, non-profit and non-governmental organization that has set itself the goal of experiencing Europe, thereby promoting political education, intercultural exchange and the personal development of young people across Europe. For 20 years now, the EYP has been working in Austria as part of an international network of voluntary youth organizations for these values as well as for the formation of team skills, social and linguistic skills.
The aim is to counter disenchantment with politics, to demand democracy understanding among young people, to inspire them for European issues and to encourage them to take responsibility for the future of our Europe.

Various topics were discussed in the individual committees over two days. The event ended with the general meeting, at which the young people debated and voted on their solutions. The academic part was accompanied by a (cultural) supporting program, in which the participants could get to know the human rights city of Graz and became the audience of a panel discussion, in which the catchphrase "populism" was critically examined.