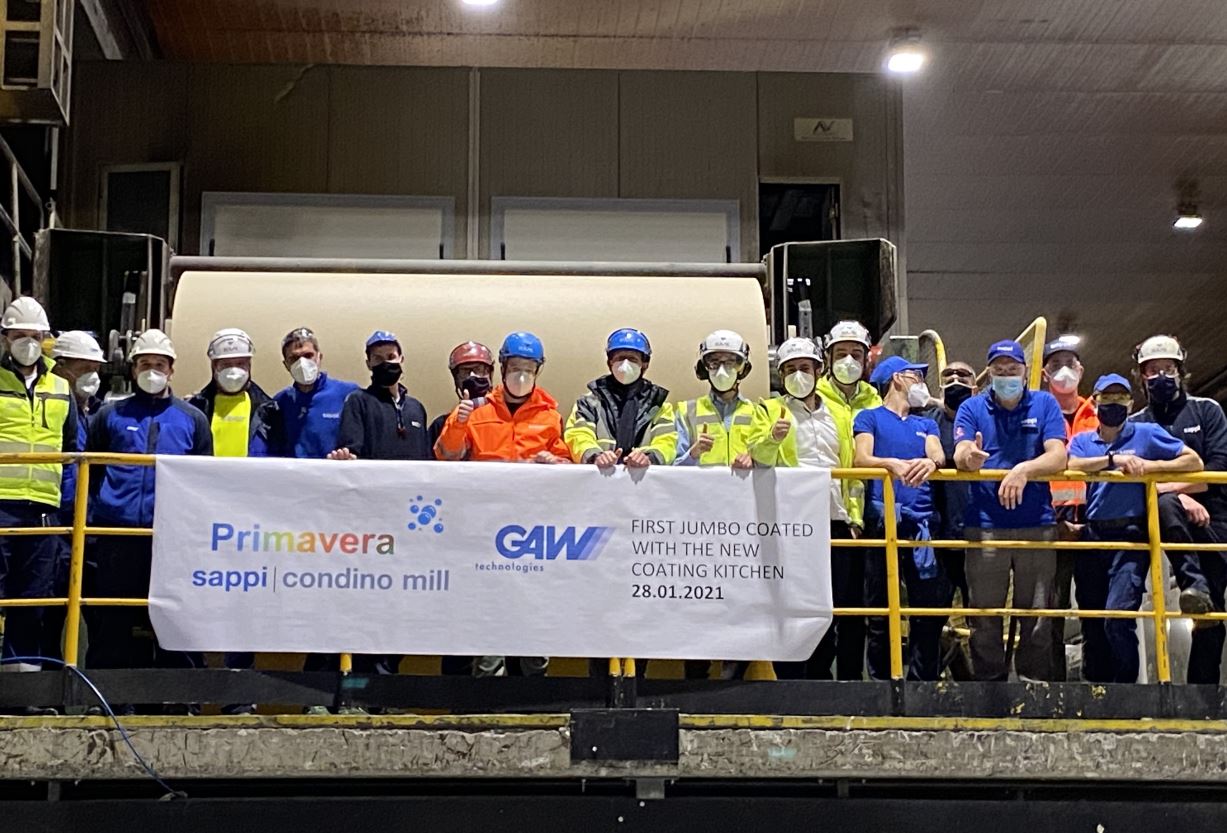 The Condino Mill (Trentino area) was founded in 1964 and became a Sappi mill in 2018. It employs 130 people and produces up to 60,000 tons of paper per annum. Paper grades include glassine (silicone base paper) and supercalendered, uncoated flexible packaging papers.

The big challenge for GAW technologies at this special project was the inclusion of state-of-the-art equipment into existing structures and units as well as the adaptation of a retrofit system. Additionally a highly-complex powder-handling and transport system as well as a process-control-system by automationX were implemented.

The first paper on reel with a coating from the new coating kitchen “Primavera project” was produced on January 28th by the joint forces of the involved staff.

“Many thanks to Sappi Condino team as well as many thanks to GAW technologies as main supplier for coating kitchen equipment for kind support as well as excellent cooperation during installation and commissioning procedure.” adds Mario Hubmann, Projectmanager and Technologist for Pulp at Sappi Europe. 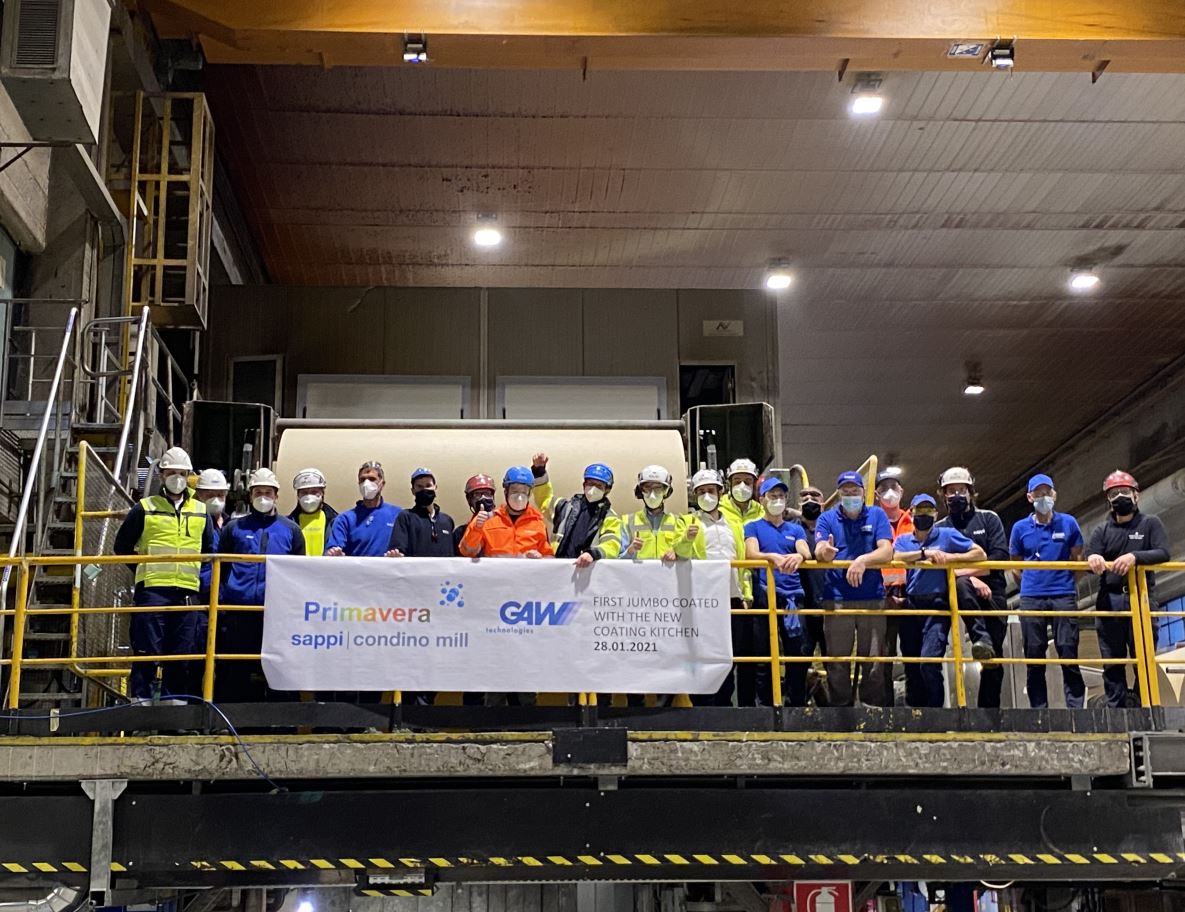